I was lucky enough to win an EEA grant and visit Iceland for teaching. Obviously, I haven't left my running shoes at home, and I tried to get the most out of that trip in terms of running as well. 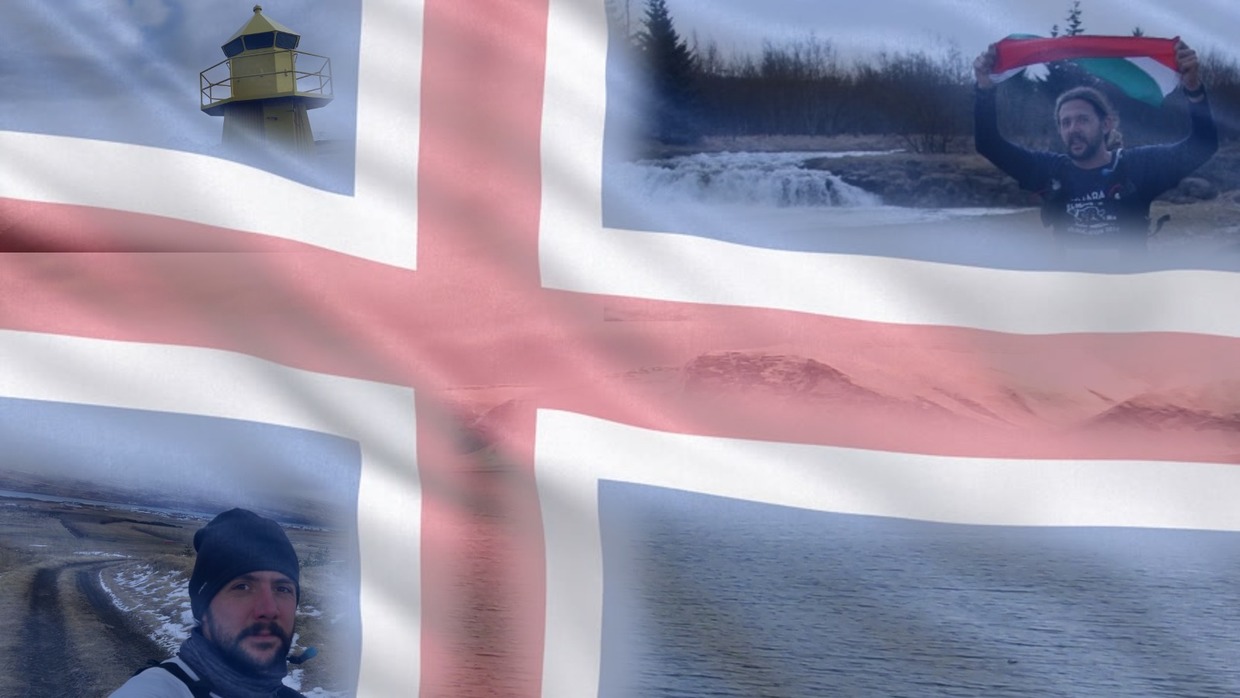 First of all, I have to tell You, that this was my first time in Iceland, and in a northern country in general. Due to a busy period at work, I didn't really have the time to prepare for the journey and read the travelguides, etc. So (as usual) I didn't plan much, just put two running shoes into my bag, and figured out everything later.  Just to be clear: I'll not talk about my general experiences in Iceland, as this is not the focus of this blog, and it would really be a long post then. If the current one is also too long for You, just watch this video compilation I made from my photos and recordings:

My grant supported me to teach at the University of Akureyri from 22nd of April until the 28th. Before planning my trip and buying my tickets, I quickly visited the ahotu Marathons website, if I'm super lucky, and there is a race organized in Iceland during my visit. (This is exactly how I ran my first ever marathon in Marrakech, but that is a story for another time.) And I was lucky. The Reykjavik Spring Marathon was organized on the 20th of April. So a little bit earlier, but perfectly timed. I decided to fly to Reykjavik on the 18th (Thursday), spend a day there, get my bib, then run the marathon, and in the afternoon travel to Akureyri.

And this is exactly what I did. On Friday morning I went out to a comfortable run to explore the city. First I was running along the cost, then climbed the hilltop to see the Church from up close, and then descended to the northern coast, which gave me a beautiful view: 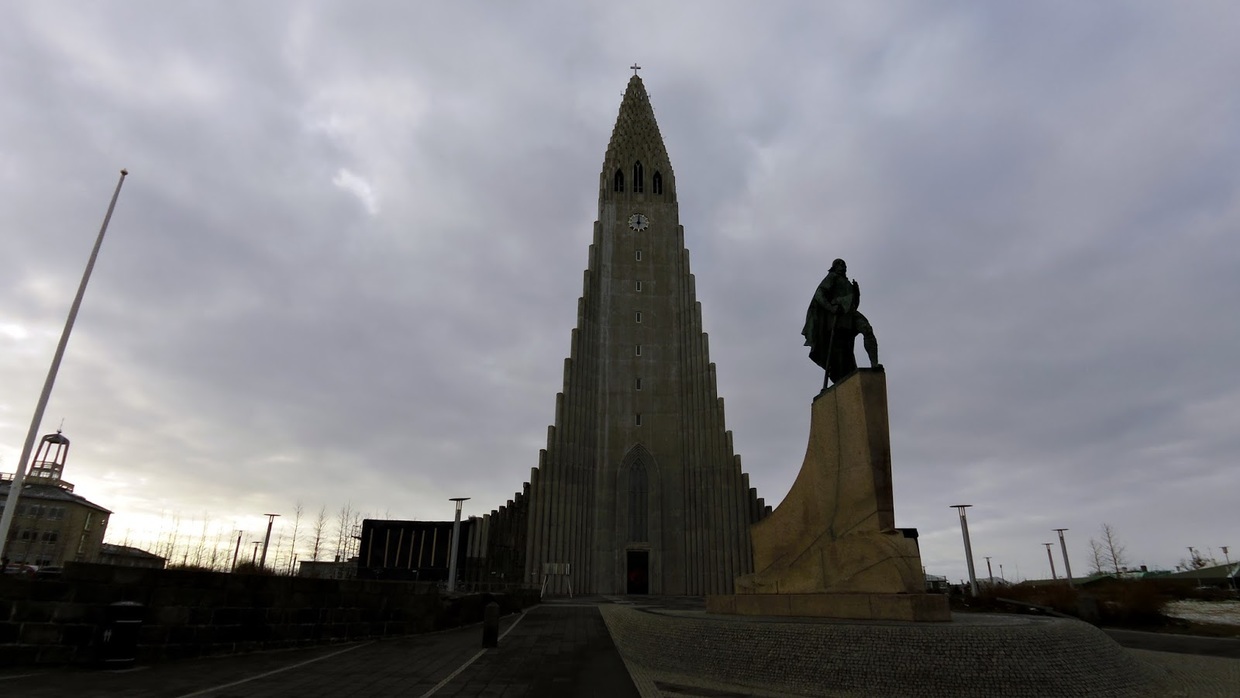 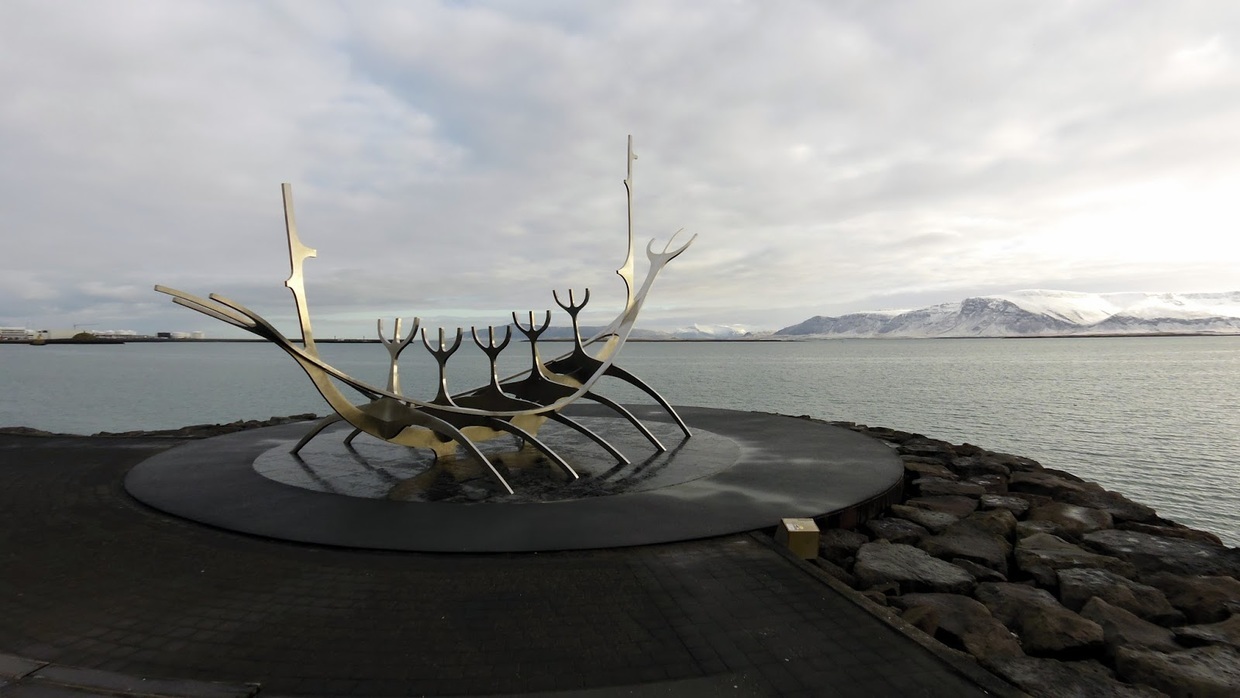 When I got to the northern part of the city, I immediately fixated on a peninsula, that seemed so untouched. Only a single house was built on it, and the rest was so natural,  I really wanted to run to the tip of it, close to the sea. After a short detour, I started running towards east, until I got to a nice sightseeing post, where I had to face the truth, that Viðey, in fact, is an island. So I just quickly ran back to my hotel, bought some food, and fetched my bib for the race next day. (Nobody wanted the bib #13, so I got that one.)

The next morning I set out to find the race gate. To my surprise, I could not. I knew I was at the good general place, and I thought, that I'll see the race center from there, but I was wrong. If it weren't for two nice Polish guys, I would have missed my race. When we got to the starting place, I realized why: the number of participants broke a record for this year, ~60. So yes, it is a small, low budget race. Which I really loved. I could spend hours telling You about all the nice experiences I had on that race, but let's just finish this first part with a few photos:

Again, I could talk for hours about this beautiful town, so let me just summarize the most important things in short: this city is at the end of one of the biggest fjords on the northern part of Iceland. The population of the city is around 18 thousand people. Next to my duties at the university, I had plenty of time to look around, so each day I grabbed my running shoe and went for a random / not so random run. I managed to climb up to Hlíðarfjall, had a nice run on an MTB trail in Kjarnaskógur, etc. Here are some nice photos:


There are a lot places that I haven't seen of course. Some would say that I have not made the most out of this one week, as I haven't seen the Golden Circle, the Christmas house, the Blue lagoon, and didn't have a bath in Myvatn. I see it differently: there are many reasons for me to go back one day. I definitely want to do one day the Glerárdalshringurinn hike, the Thorvaldsdalur Valley Terrain Run, etc. If I will, You'll know about it on this blog for sure. Iceland is a very expensive but a lovely, friendly and very beautiful country, that I highly recommend to visit if You can afford it.

And as always: Thanks for reading! Sharing, comments and +1s are always appreciated. You can follow the blog on Google+, Twitter, and Facebook. The embedded videos (and others) are collected in the RunnerMate playlist on youtube, and quick running related photos are sshared on my Instagram.