I always argue, that there are so many different types of running events, that one can never get bored. I usually attend Performance hiking tours, or city marathons / half-marathons, but last year I tried something new, a 6 hour ultra run.  One thing, that has always been on my bucket list is an obstacle race, and I finally managed to cross that one out on the 20th of May. 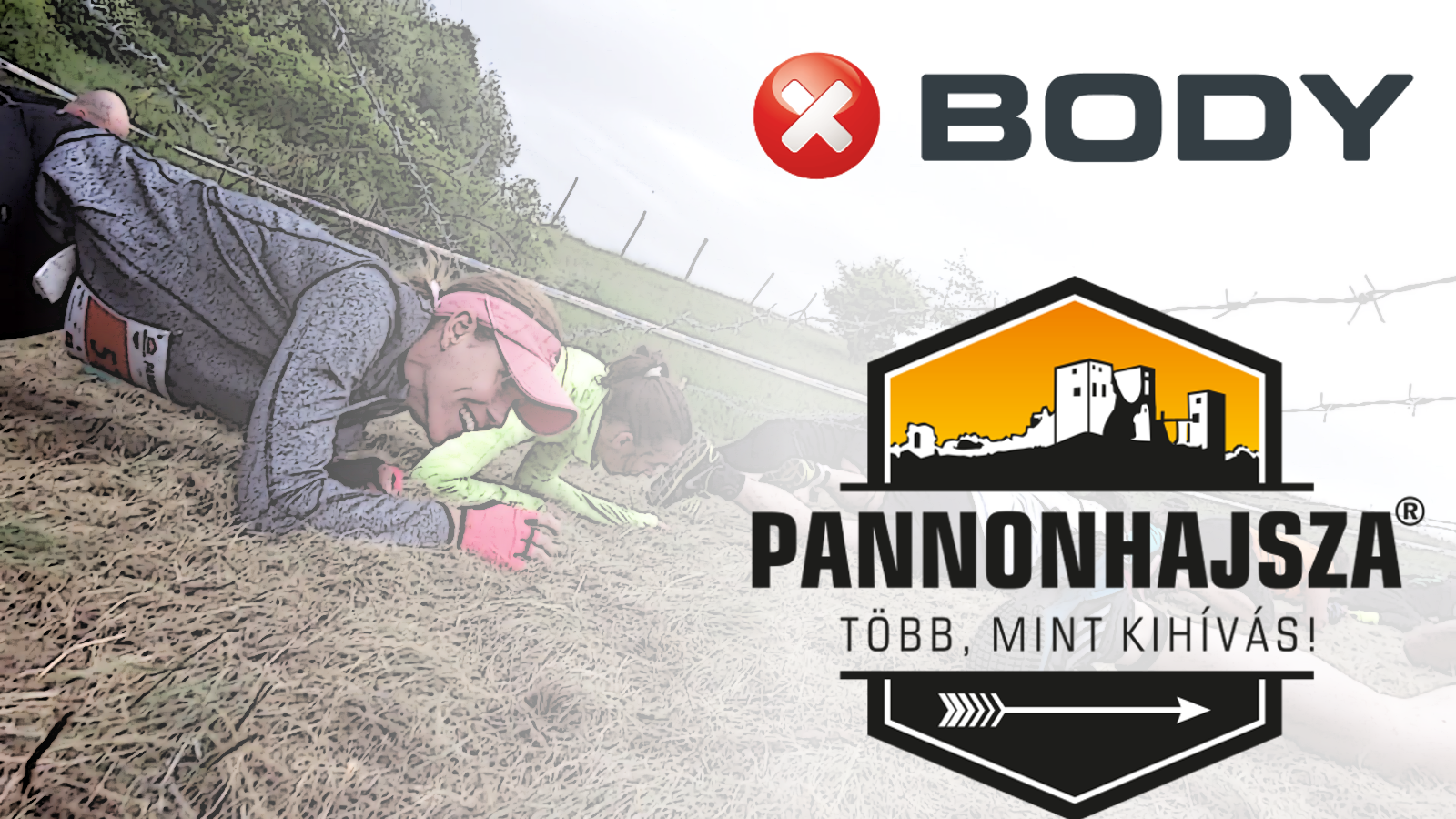 To be honest, I was never too eager to go to a Spartan race, Brutálfutás, or any similar events. I've considered them interesting, but too short, main emphasis is not on running, etc. I mean I could run 30+ kms in the forest instead of a shorter obstacle run. So when I was planning my weekends, I've always preferred other races.

In May however, an unexpected opportunity appeared: I work part time as a freelancer software engineer for a company called XBody. The hq of this company advertized PannonHajsza for its employees as a team building activity. This was a perfect opportunity to try this genre of running out. (Let me thank here for the CEOs of the company again.) In the end, a couple of us participated, and finished the 7+ km race in 2+ hours. Yeah, I know, we were all first timers, but let's not get ahead that much. 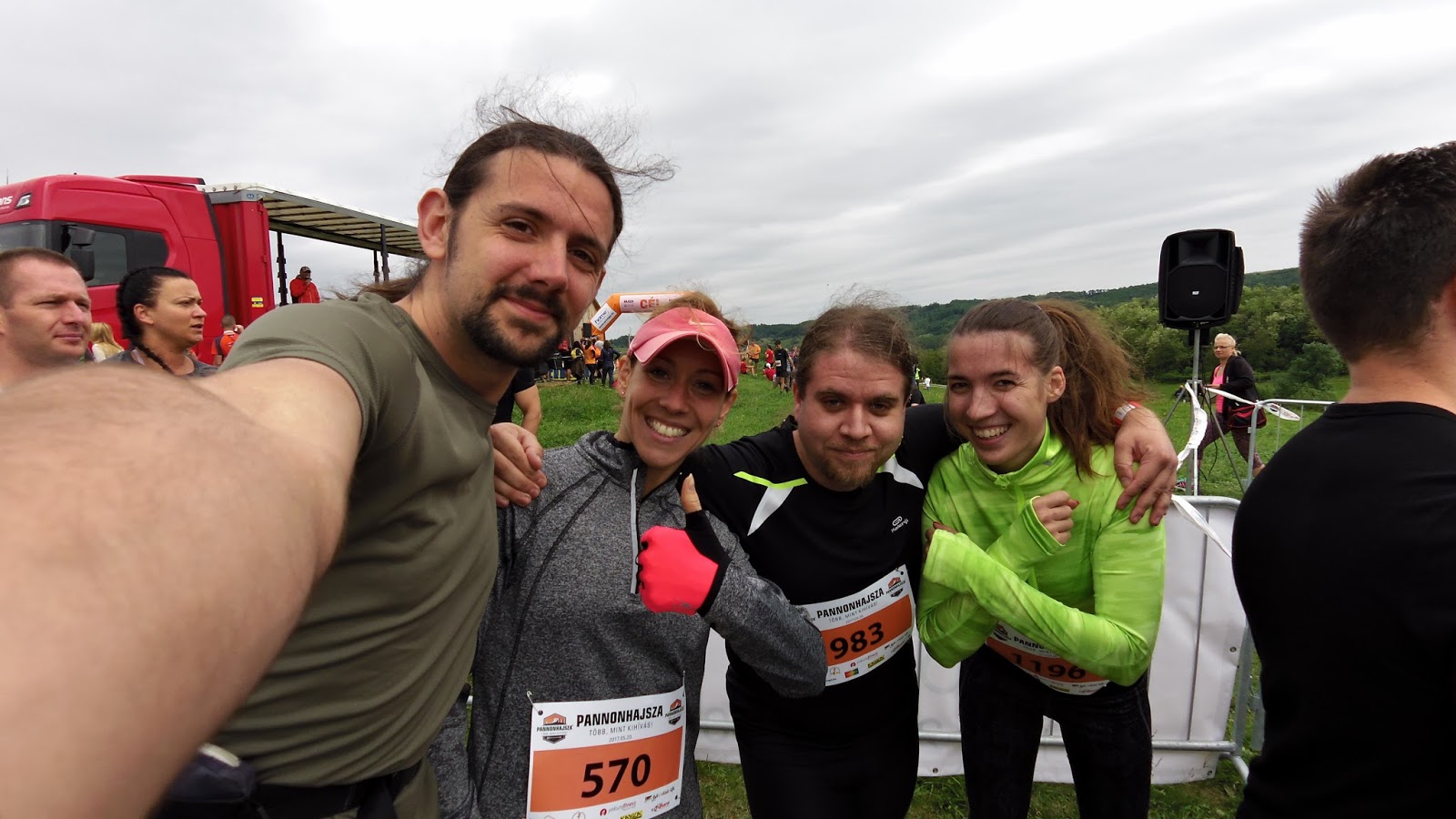 This race is very well organized. Every 15 minutes, a group of people took off. The atmosphere is amazing (soundtrack for the start was Thunderstruck), the track brings us to very nice places around Csesznek, and everything was very professional, lots of volunteers, etc. 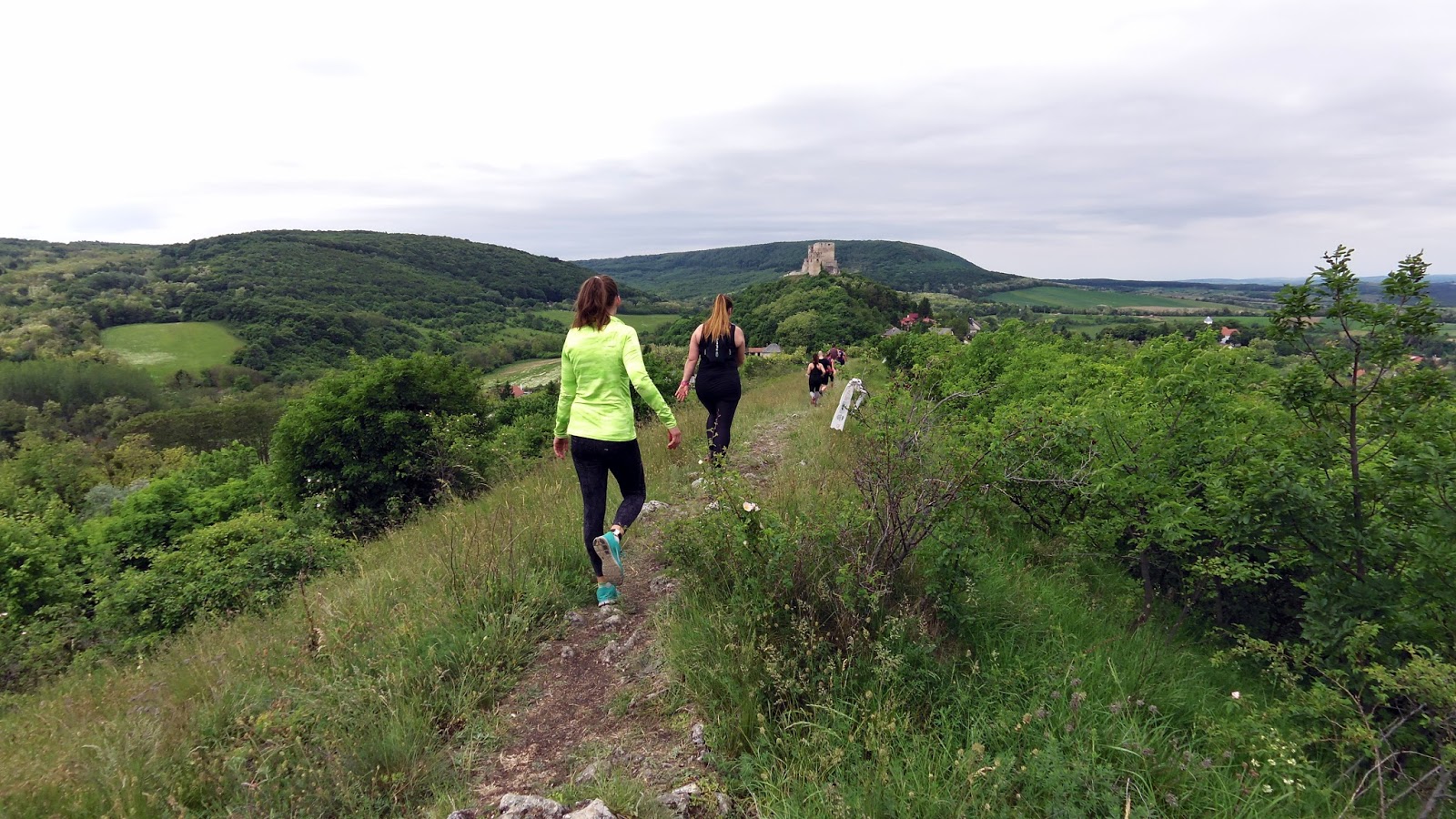 But let's talk about the heart of the race, the obstacles. I knew that I'll probably will have a difficulty with those, but our goal was not to beat any records, just to finish the race together and build the bonds by suffering the same torments. But back to the obstacles: if I recall correctly, we had 15 obstacles, and they basically belonged to two groups: testing strength/endurance or balance/skillfulness.  Not to spoil much, here are photos for two belonging to the former group: 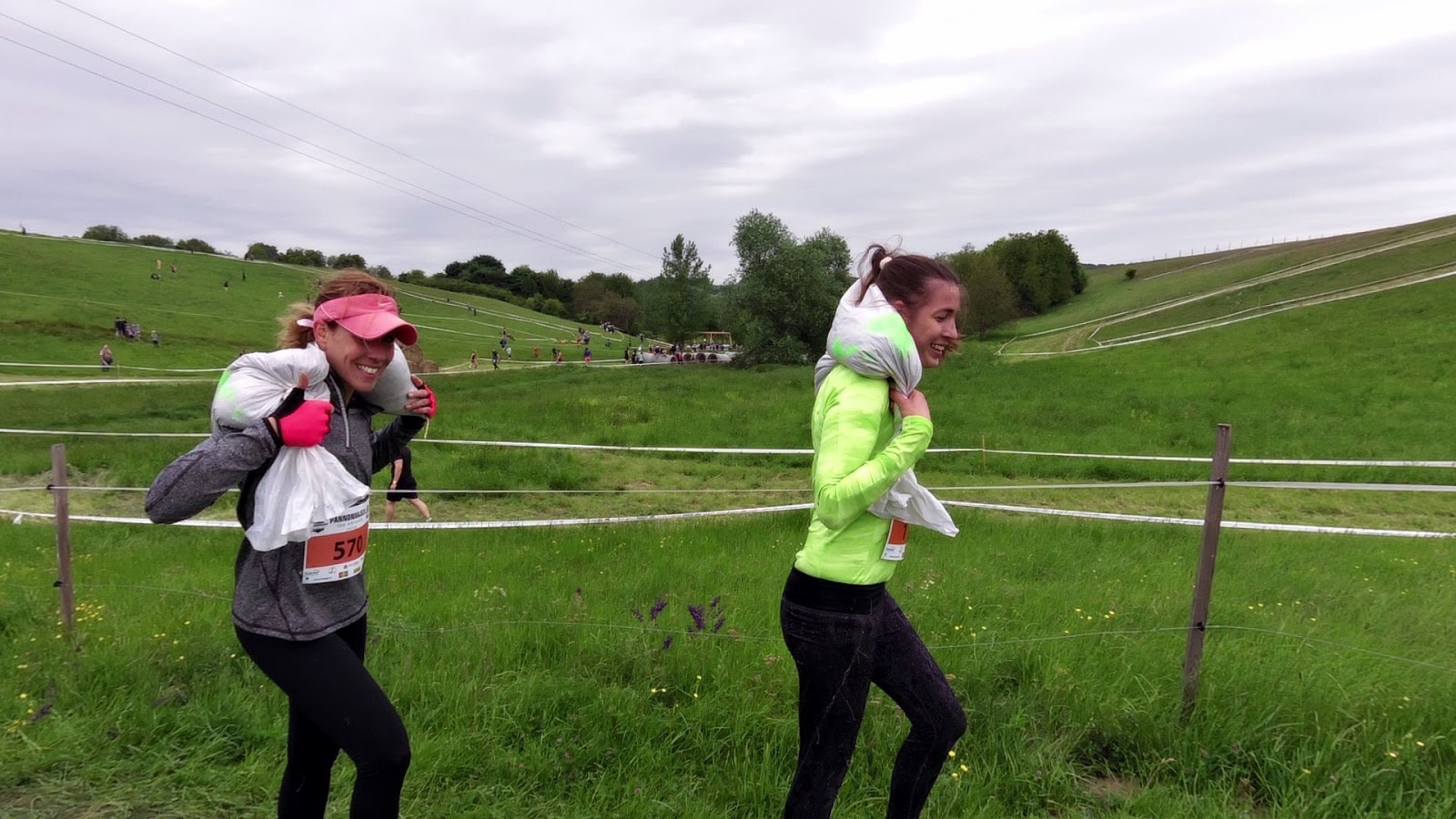 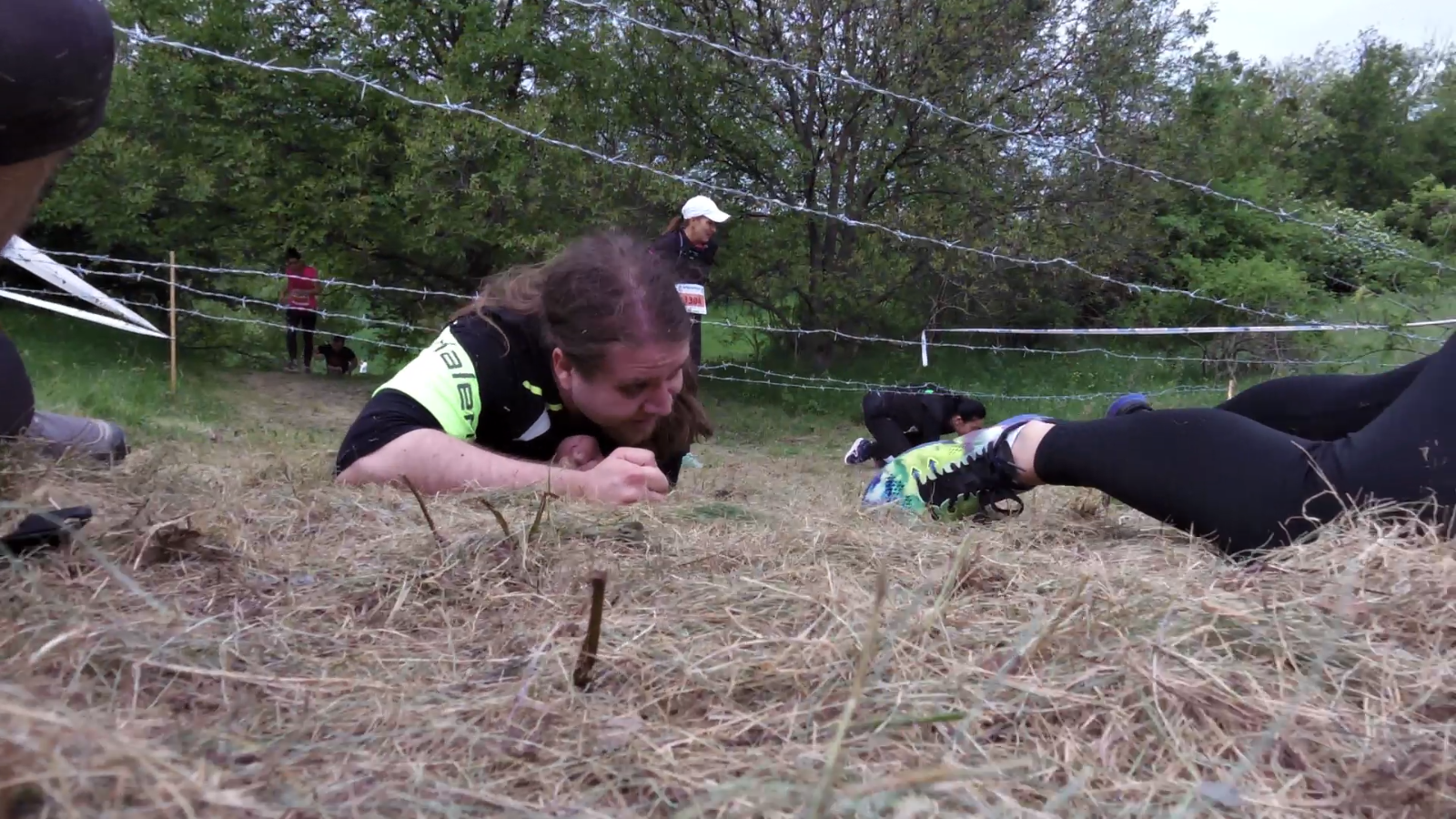 I had no problem with these, they were surprisingly unhard. You can even take a break to catch Your breath if needed. The trickier obstacles were the ones, where balance or a skill with throwing something, etc. were needed. The problem with those were, that I could try only once (sometimes only first in my life), and if I failed, 20 Burpee pushups were the punishment. 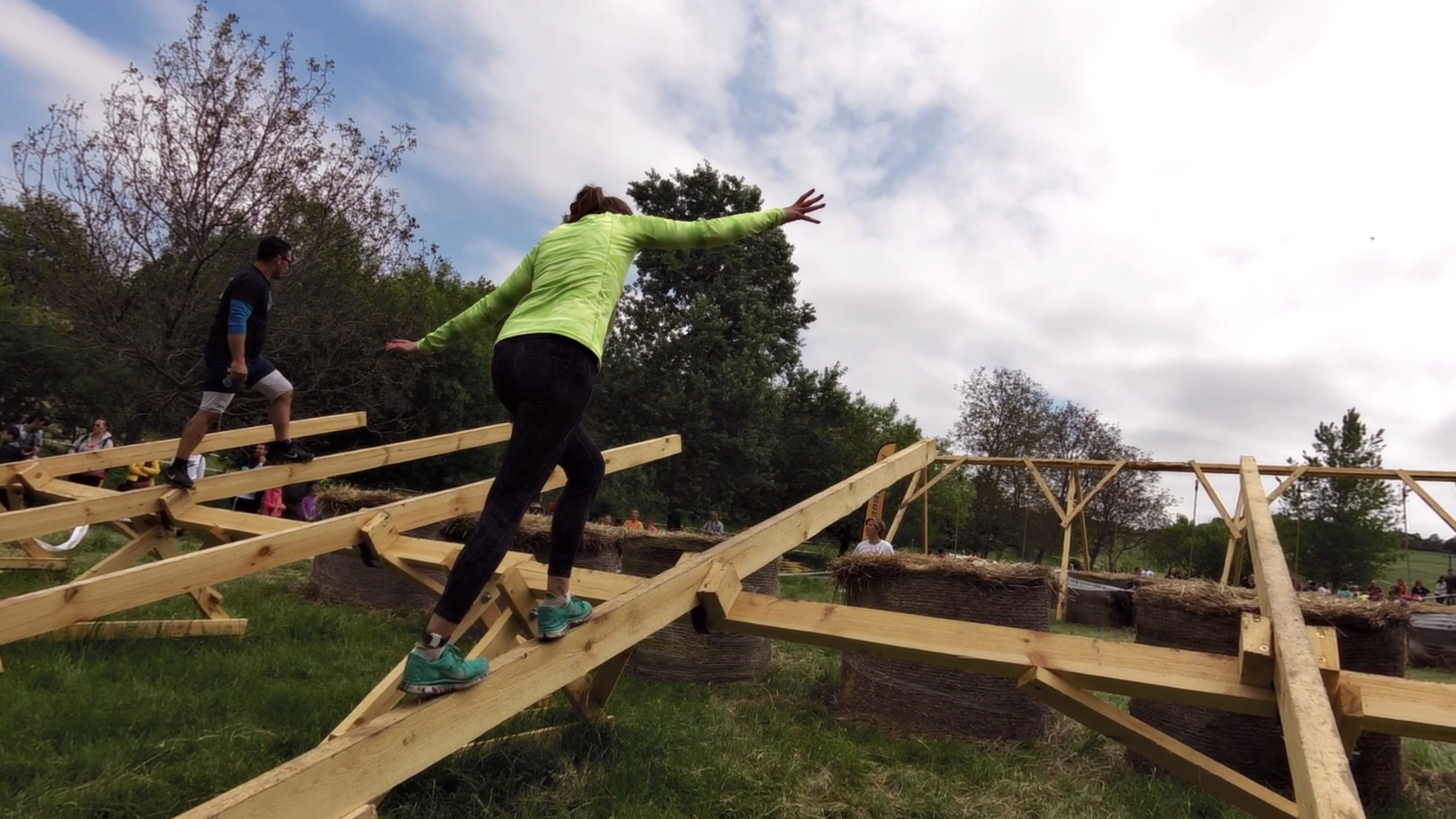 I think I failed all of those obstacles except for 1 or 2 at most. I even failed at archery, though I've had my own bow for 10+ years now: 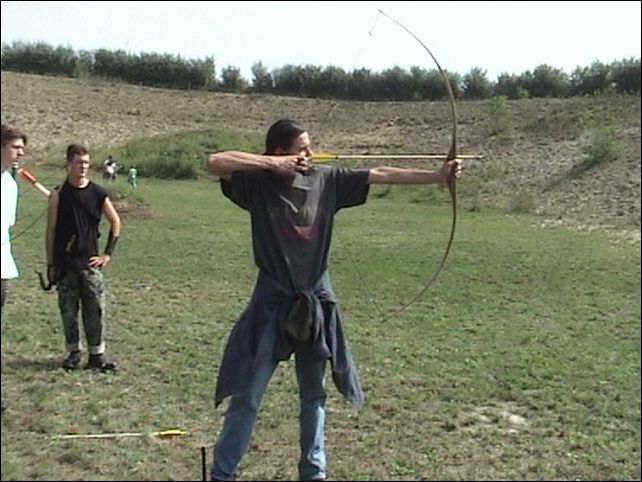 So I think I did more than 150 Burpees that day, and I was sore all over my upper body (especially arms) the next few days :-D I think it would have been nice to be given a test try, and then the one that counts, but that's not a complaint in the slightest.

So, all of us finished, and received our medals in the end: 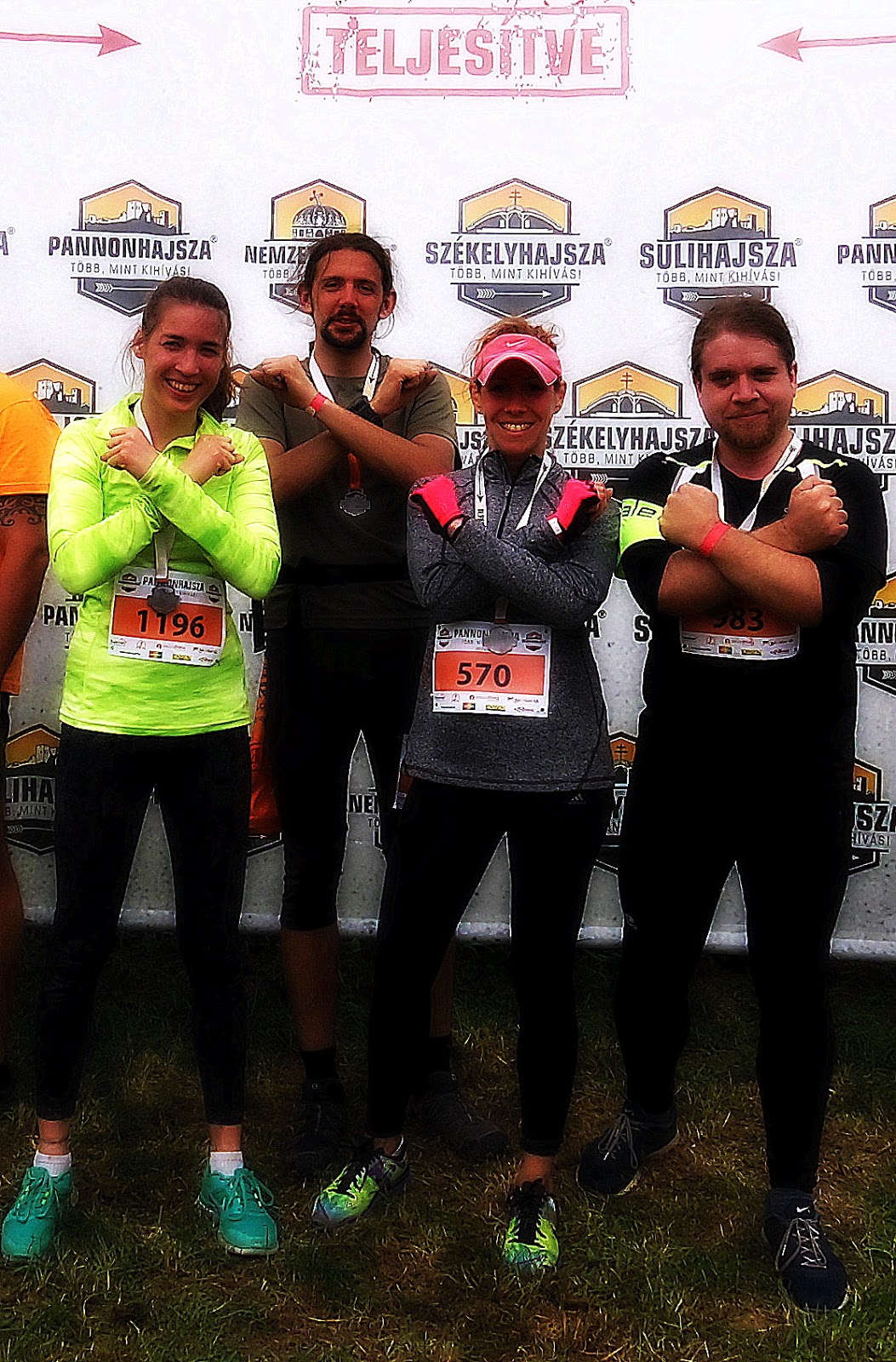 I've also brought my Virb to the race, so here, enjoy a small compilation:

Considering everything, I really liked the race, though I'd still prefer trail runs on most of my weekends. However, same as with the 6h ultra race, I think it is a nice thing to do once in a while to stir up the races a bit :-)

A bonus gift of the day was to be able to participate in the Ultrabalaton race the same day, and run a very nice 20 km segment of the whole 212 km track. 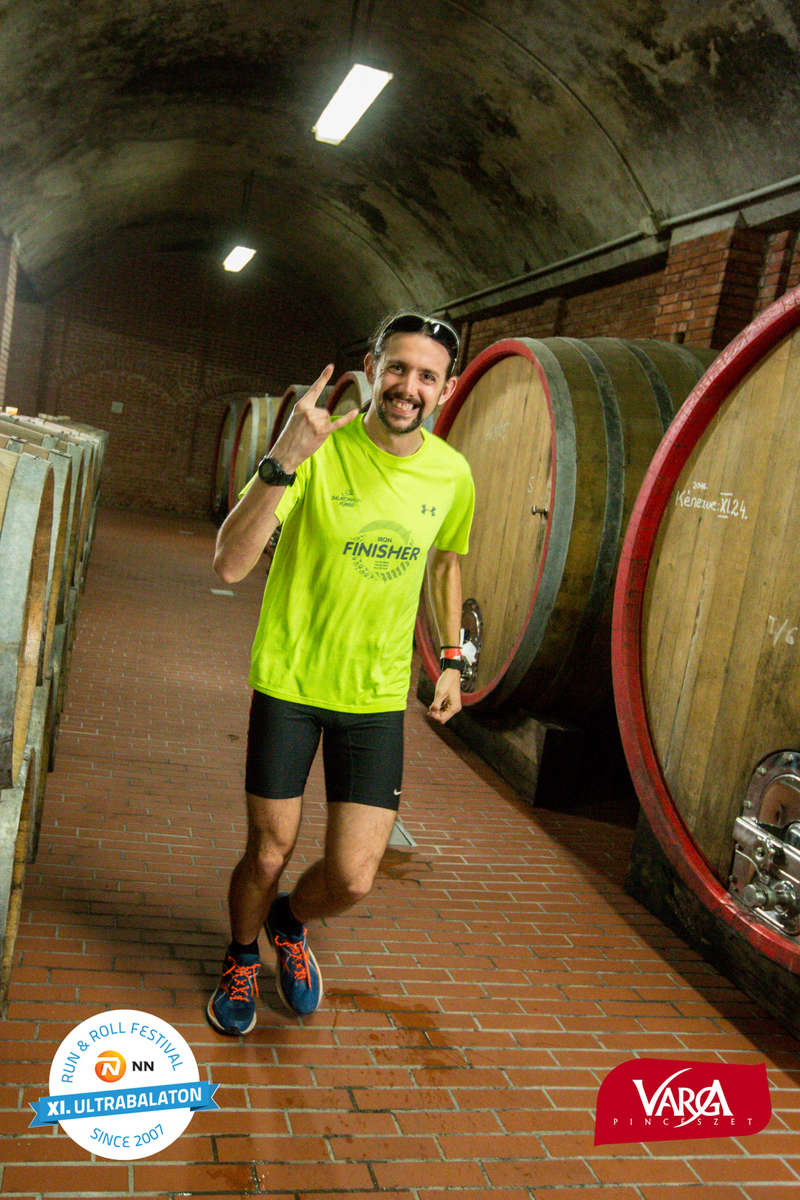 And as always: Thanks for reading! Sharing, comments and +1s are always appreciated. You can follow the blog on Google+, Twitter, and Facebook. The embedded videos are collected in the RunnerMate playlist on youtube.