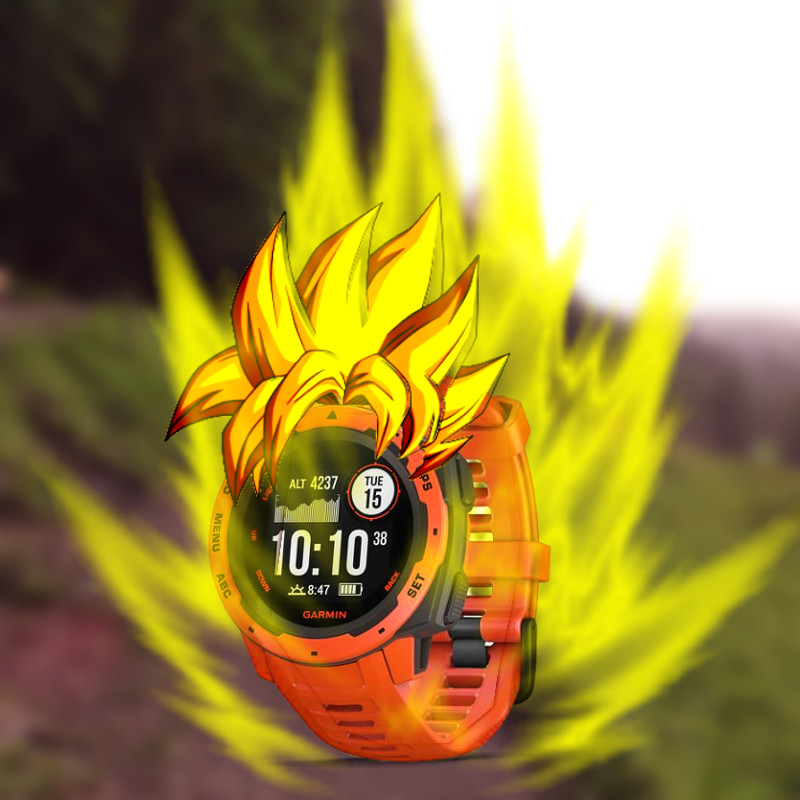 The Instinct was made for me. However, there is always room for improvements. Here is what I'd love to have in version 2.

I am very satisfied with my Garmin Instinct, that I have been using for over a year now. This is the GPS watch that meets my demands the closest without including a lot of things that I don't need that much.

However, after wearing it 24/7 for a year, and tracking more than 2700 km of running with it, I have a pretty good idea, how this watch could be made even better. For me at least. So, this will be a short post about my wishes/hopes/guesses for the Instinct 2. If nothing else, I'll have fun later, checking how many of these Garmin also thought of, when the new model gets released.

Without further ado (not in the order of "importance"):

0. Keep most of the things the same. Please 😇

This is a really-really good watch, Garmin nailed it. Anything that is not mentioned here, I hope stays the same.

The Instinct is a very lightweight watch, which makes it a very nice choice for people with small wrists. I'd however, I really hope that Garmin decides, that the Instinct was popular enough to have two different sizes available, like it was the case for the Fenix 5/6, and the Forerunner 45. I'd love to go with the bigger option, that also means larger screen and longer battery life.

I really hope, that the technology stays the same, and we will get the same high contrast, monochrome display. Introduction of a few colors, or the increase of pixel density would not be that important for me, and I'd definitely prefer not to have them, if they affect cost/constrast/battery lifetime significantly. However, if there is a larger version, it would be nice to have proportionally larger resolution. Maybe 150x150.

As I detailed in my review, I have mixed feelings about this. If nothing changes, it is still ok. If the rething it a bit, that would be nice. If they would drop it, that would be probably even better. A larger size allows a larger window, which - together with software improvements - could make it more usable. I love the design aesthetically, but for now, my heart tilts to a no-window version for better functionality. Not having the window would mean, that the firmware would be more similar to the other products, which mean less maintenance, which means more time for new developments 😊

I'm absolutely ok without having fancy watchfaces, that eat up the battery. I also understand, that the Instinct have a slower CPU that needs less energy, and providing the ability to install apps would require a stronger CPU and would probably cause lower battery lifetime. I would not be happy about that. I hope that Garmin will not try to convert the Instinct into a non-metal bezel Fenix. However, allowing 1 or 2 custom data fields could be nice, and probably wouldn't require stronger hardware. Even the Vivoactive could do that, so I'm optimistic. There are some that I'd love to use again. And this is another reason, why I kind of hope that they get rid of the window, as it is probably making this more difficult too.

It would be nice to have GarminPay. Simple as that.

I really hope, that the experience with the Fenix 6 Pro Solar is good, and Garmin will include this in some form in the Instinct 2 (probably in a larger version).

Instinct was the last model of Garmin I think, that was shipped before they started to use Sony GPS chipsets in all of their watches. I have/had small GPS inaccuracies. Nothing serious, but still, I'd love to see a new, more accurate GPS.

Really, I've been sitting here for 5 minutes, staring at my screen, but that is all. Oh maybe one thing: Let us see battery percentage. But that is more about the software.